This is a summary of the quarterly DealStats Value Index for the first quarter of 2019, composed of data generated by Business Valuation Resources (BVR). “The DealStats Value Index summarizes valuation multiples and profit margins for private companies that were sold over the past several quarters.” This summary includes analysis and commentary from professionals with expertise on the subject of commercial/business industry, who will explain what the findings mean on a more personal level. 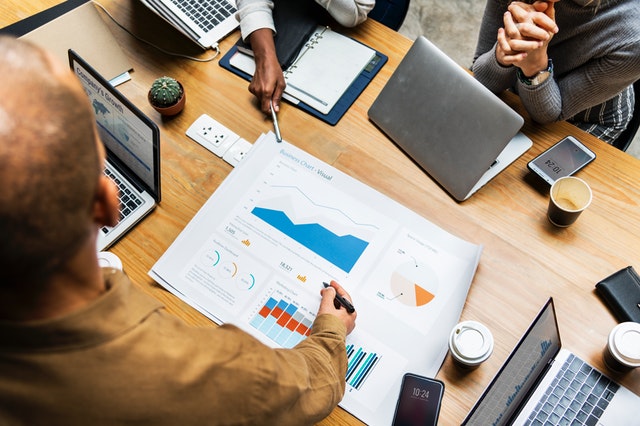 Photo by rawpixel.com from Pexels

This is a summary of the quarterly DealStats Value Index for the first quarter of 2019, composed of data generated by Business Valuation Resources (BVR). “The DealStats Value Index summarizes valuation multiples and profit margins for private companies that were sold over the past several quarters.” This summary includes analysis and commentary from professionals with expertise on the subject of commercial/business industry, who will explain what the findings mean on a more personal level.

NEW ORLEANS, LOUISIANA July 20, 2019-- The Business Valuation Resources (BVR) publishes a quarterly report known as the Deal Stats Index, which features valuation data collected for the current quarter as well as previous data, valuable to compare and contrast with new data, to generate a general idea of current market trends and setbacks for their readers. The Deal Stats Index is particularly helpful for business professionals who work within industries, as it can help them predict what to expect and check the progression of their industry as well as others.

According to the economy section of a city profile for New Orleans, which includes information about the New Orleans economy, published by the social networking site, City-Data,  the four most profitable industries for New Orleans are: oil/gas, tourism, port and ship/boat building, and aerospace manufacturing; tourism being the city’s biggest financial contributor. As for employment, small businesses supply most of the jobs for the New Orleans community.

As stated in the profile, “Some of New Orleans's largest private employers are shipbuilding firms, where workers build and repair vessels for the U.S. Navy, merchant fleets and cruise ship lines.” This directly correlates to the importance of the oil and gas industry for New Orleans, which supplies fuel for the transportation sector.

The report starts by analyzing Earnings before interest, tax, depreciation and amortization (EBITDA) multiples. The headline reads “EBITDA Multiples Rise for the Second Half of 2018”. Data shows that EBITDA multiples have been fluctuating in value for all industries.

Information recorded over the duration of a six-year period revealed that  EBITDA multiples reached the highest point in 2017 at a value of 5.0x. However, for the second quarter of that same year, the multiples dropped to 3.5x, a record low for that six-year period, being the lowest number recorded since the last quarter of 2013. The number suddenly increased again in the third and fourth quarters of 2018, with values of 4.5x and 4.2x respectively.

The three month averages of multiples also have been found to have  increased for the third and fourth quarters of 2018, a reversal from the consistent decline for the two preceding quarters. EBITDA as a percentage of revenue came to its highest point in the first two quarters of 2018, but fell during the second half of that year. The percentage was at its lowest in the second quarter of 2018, at 3.1x.

The EBITDA information can be further observed when divided by sectors. For the purpose of this Press Release, we will single out New Orleans’ integral sectors in comparison with those singled out in the Deal Stats report for having the most significant transformations.

Of the 15 sectors that the BVR recognizes in its quarterly DealStats report, the information sector has the highest selling price/EBITDA multiple at 11.1x, followed by The sector recognized by the BVR as “mining, quarrying, oil and gas extraction”, which best encompasses the New Orleans oil and gas industry, at a value of 8.5x.

The accommodation and food services sector occupies the lowest end of the spectrum at 2.6x, with a small margin separating it from the ambiguous “other services” sectors (3.0x) that surpassed it. The “arts, entertainment, and recreation” sector, which we can use in association with the tourism industry for New Orleans, was valued at 3.7x, below the median for all of the industries combined (4.4x).

In contrast, the “manufacturing” sector, which includes the New Orleans ship/boat building industry, was well above the average at 6.5x. One exhibit in the Deal Stats report percentage of change for each industry sector’s volume from the previous year. 2017.

Between 2017 and 2018, an alarming 80 percent (12 out of 15) of the sectors experienced a deceleration in the pace of private-company acquisitions. This is especially so for the information sector, which dropped in pace from 2017 to 2018 by 65.2 percent.

The BVR further reports the opposing statistics between the net sales multiple for transactions above $10 million from 2016 to 2018 and the multiples acquisitions valued at a minimum of $5 million and maximum of $10 million. Research found an increase in the former, net sales multiple, compared to a consistent decrease for the latter, multiples for acquisitions, which has been spiraling downward since 2014.

The report explained these findings, stating that “after a decline in the seller’s discretionary earnings (SDE) multiple from 2012 to 2016, multiples for transactions priced greater than $10 million increased in 2017 before falling to nearly an eight-year low in 2018, at 3.9x. Multiples for transactions priced between $5 million and $10 million have declined since 2015 and fell to the lowest level in 2018, at 2.5x”.

BVR researchers collected data regarding prices and profit margins for private targets across the 18 industries that they chose. They found a correlation between “asset-heavy balance sheets” and “revenue and earnings-based pricing multiples”.

Unlike other industries, when an industry had an “asset-heavy balance sheet”, it meant that there would be trade at comparatively elevated revenue and earnings-based pricing multiples. Researchers reported that the low profit margin results for companies within the information sector of the industry suggest that they are more ineffective compared to their other industry counterparts.

The other industries that we have related to New Orleans were not included in this study.

City-Data is a social networking site that uses its access to both government and private resources to gather data used to create individual profiles for cities in the United States. A profile has been created for every city in the United States. The information within the profiles varies and can encompass anything ranging from the economic and social information of a city to its environmental trends. As of July 2016, the site brought in more than 14 million viewers per month. For more information, visit http://www.city-data.com/.

For more information or if you are another Commercial REALTOR with an idea for a press release, reach out to:

Tiannah Steele
Public Relations Intern
KW Commercial
(757) 230-7224
This email address is being protected from spambots. You need JavaScript enabled to view it.